Known by many names, meaning dried twigs or brushwood, Chrust, Faworki or Angel Wings, these little, powdered sugar treats appear en masse in the last week of Carnival, just before Lent. Trays piled high with Faworki and Pączki fill the supermarkets and bakeries for Tłusty Czwartek or Fat Thursday. 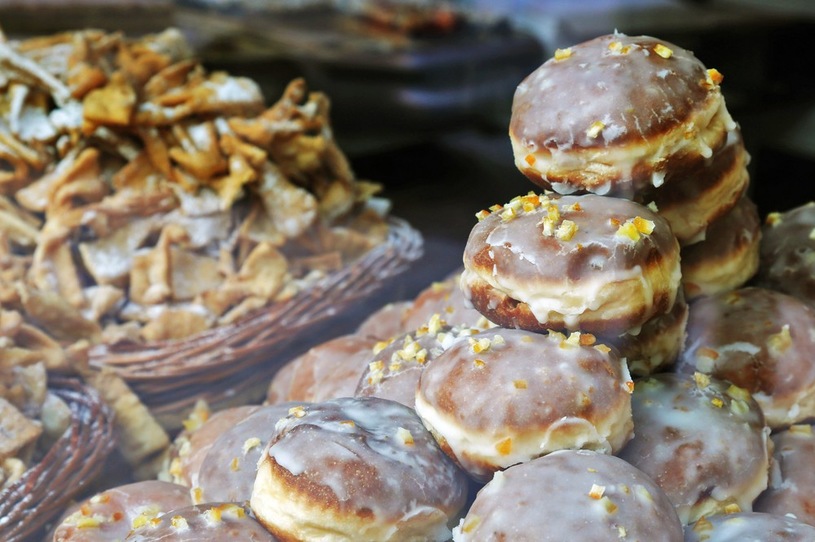 Faworki are also very popular in areas of the U.S. with large populations from Central Europe. I live in New Jersey and the supermarkets here, not to speak of all the Polish delis, are selling them right now.

Even though Faworki are rolled in powdered sugar, the plain, rich dough, is only lightly sweet. Like many Polish recipes, the pastry is traditionally fried in lard. However, you can use oil, like I did. The dough requires extensive kneading, rolling, folding and re-rolling.  I must admit, that I was a little lazy and didn’t knead it quite as long as required, but it still puffed nicely and formed blisters during frying. 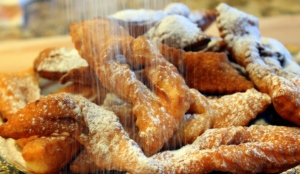 *The addition of alcohol or vinegar prevents the pastries from absorbing too much grease during frying.

Hi, my name is Anna and I am the author, cook, baker, and photographer of Edesia's Compendium. I started this small but fine virtual recipe collection in 2016. Thank you for following and enjoy browsing, reading, and cooking! View all posts by Anna Bembry